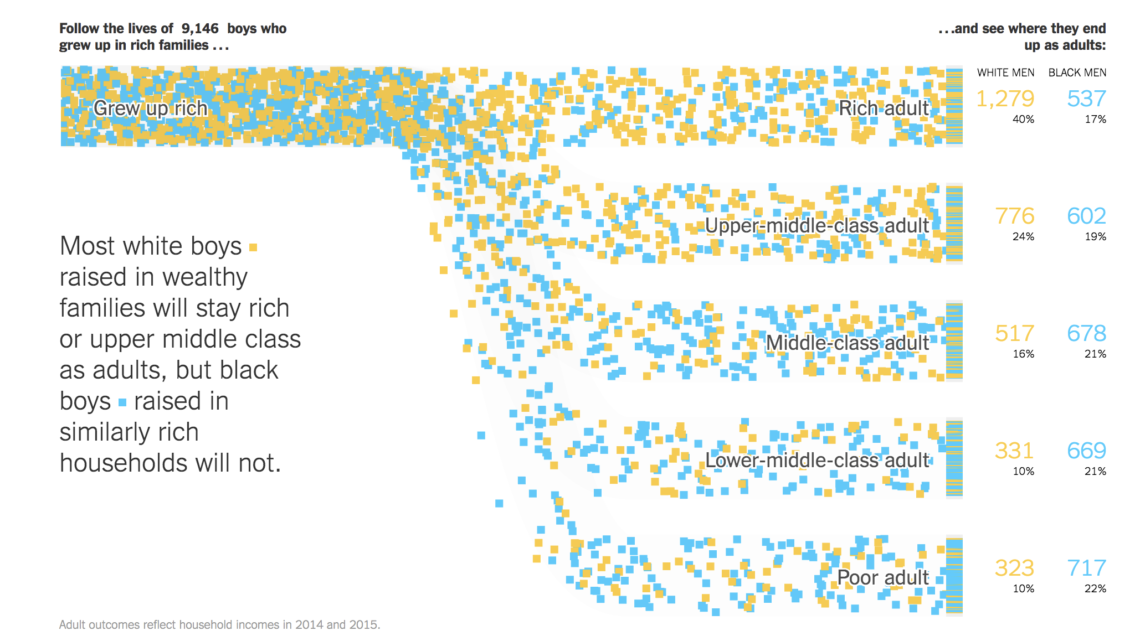 The first night of our pilot Parenting Journey for Fathers group, a young black father sat next to me. I had explained to the participants that although there are two male facilitators, I (a woman) am there because I am coordinating writing the curriculum and will be training facilitators to run this new program. He participated actively in the group, shooting me sidelong glances periodically. As we were summing up to close he turned to me and said, “so as a woman, what do you think the father’s role is?” It was a respectful but challenging question. I thought about it for a short while and said, “I think fathers can play a vitally important role in their children’s lives, and that often isn’t acknowledged.” He nodded and said, “That is what I was hoping you would say.”

A New York Times Article last week titled Extensive Data Shows Punishing Reach of Racism for Black Boys made it abundantly clear, through research, that black fathers and black male role models are vital in combating some of the injustices in our society. Individual and structural racism, while affecting all communities of color, is particularly hard-hitting on black boys, who suffer from insidious discrimination that creates increased barriers to success.

The research conducted by Stanford and Harvard, including information from the Census Bureau, concludes that black boys eventually earn less money and have less job success, than white men who grow up in the same community, even if they come from middle class or wealthy families. It illustrates how racism in our society perpetuates unjust incarceration, unequal pay, under employment, and discrimination in every facet of society.

One striking research conclusion that is aligned with what we are experiencing in our Parenting Journey for Fathers group is that the main predictor of a black boy doing well, whether they live in poverty or not, is the presence of a father or father-figure in their community. The positive impact of fathers is prevalent whether or not the father is married to the mother or living in the home. The research shows that male role models, not just fathers, contribute greatly to this potential for success against the systemic barriers that exist.

In working to break down societal racial injustices, it’s especially important to advocate for public policies that strengthen communities and give all children, but especially black boys, what they need to grow and thrive. We can also foster additional networks of support through individuals within communities and organizations like Parenting Journey. Through our work, and in particular the Parenting Journey for Fathers program, we seek to support and inspire fathers and father-figures in their important role in the lives of our children. Though we cannot end the perpetual cycle of racism alone, we will continue to fight to dismantle systems of oppression and inspire families to embody their power, and lead change in their lives, families, and communities.