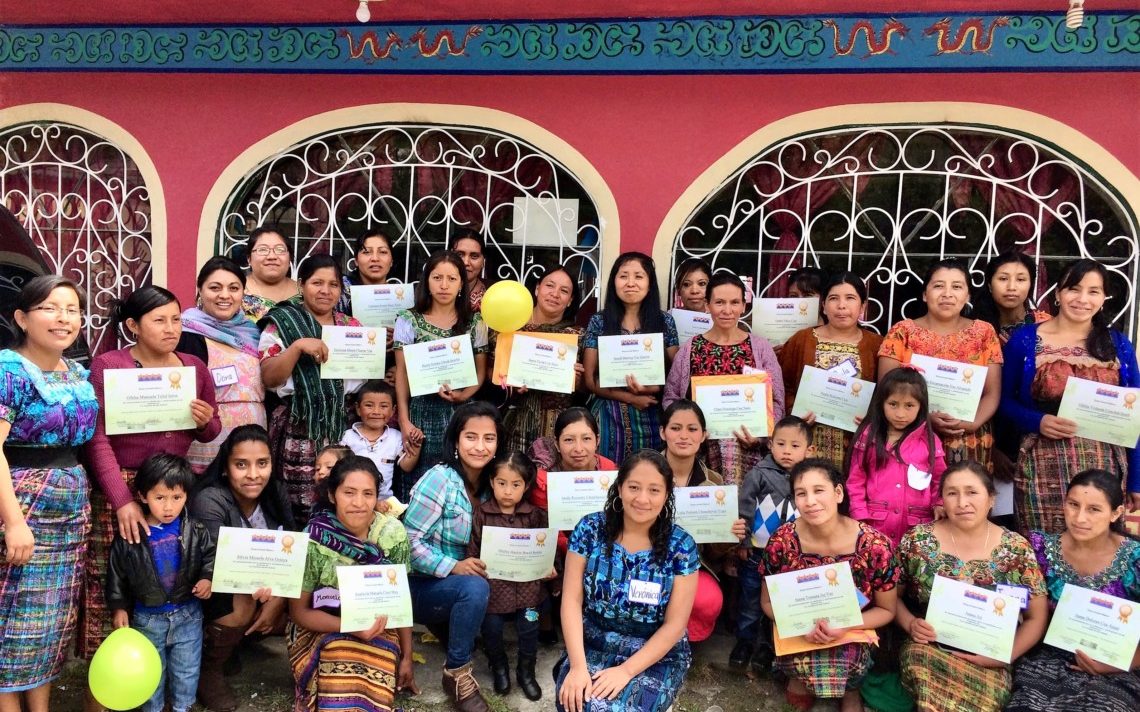 Parenting Journey I Graduation in Fall 2016 in Guatemala.

They felt like it was a life changing experience – that they were able to acquire their voices in a way that they never had before.” – Margaret Blood, Founder and Executive Director, Mil Milagros

A Thousand Miracles in Guatemala

Most people who go on vacation to a foreign country bring back fond memories, souvenirs, and photos – but Margaret Blood is not most people. On a volunteer sabbatical, more than ten years ago in the southwestern Guatemalan Highlands, what Ms. Blood brought back was the inspiration to create Mil Milagros. Meaning “a thousand miracles”, Mil Milagros is a non-profit organization that partners with communities to reduce hunger and malnutrition and to improve children’s health and education in Guatemala. Margaret Blood, an experienced child advocate and social entrepreneur, serves as the Executive Director of Mil Milagros, leading a staff of eight in Boston and townships across Guatemala.

Bordering Mexico, Belize, Honduras, and El Salvador, Guatemala has the highest rate of malnutrition in the western hemisphere and the third highest rate of stunted child development in the world due to malnutrition. The country has the highest birth rate in all of Latin America and the Caribbean. And it has the second lowest literacy rate in the western hemisphere so, explains Ms. Blood, “the conditions are very, very rough.” 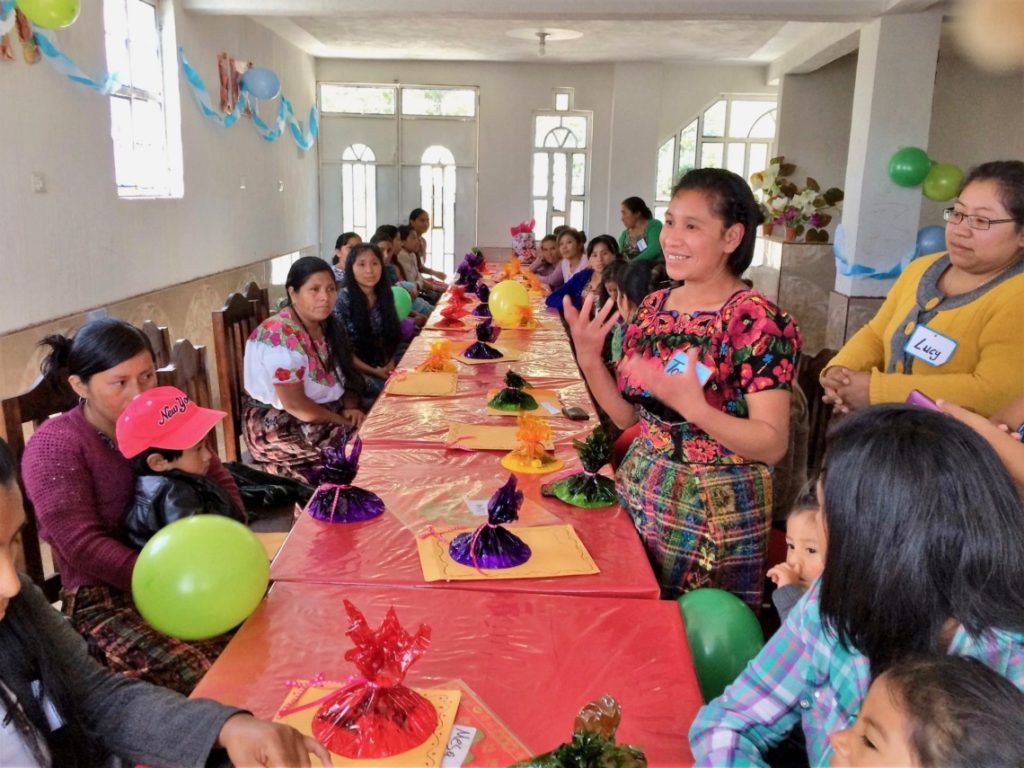 Given the challenges faced by many communities in Guatemala – particularly in rural areas like those where Mil Milgros works– Mil Milagros set out to train mothers and grandmothers to deliver local health programs with a focus on nutrition and hygiene. In planning the development of a program for nutrition improvement, explains Ms. Blood, “the team at Mil Milagros found that mothers had lots of interest in childhood development and parenting.” Given this finding, Margaret Blood sought out the advice of Dr. Barry Zuckerman, Board member of Parenting Journey and former Chair of Pediatrics at Boston Medical Center, and recounts the conversation: “I asked him for his advice on how we could best grow our early childhood program [in Guatemala] and he said, ‘you know, it’s all about the moms and if you really want to make a difference, you have to build their capacity to support one another.’ He said, ‘you need Parenting Journey’.” What Margaret Blood came to find was that the skill building that Mil Milagros implemented through Parenting Journey with the mothers in their early childhood program would have a ripple effect and benefit all of their programs. 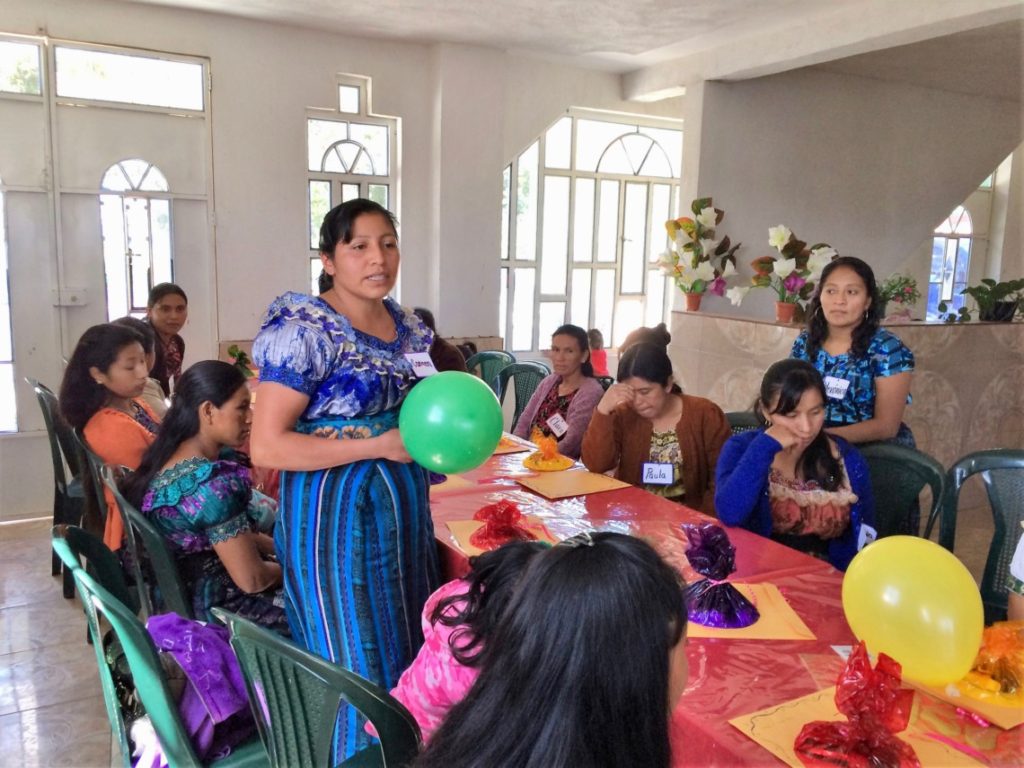 In 2016, Parenting Journey’s founder Anne Peretz and two other staff members trained the team at Mil Milagros to facilitate Parenting Journey I, and Mil Milagros consequently launched six programs, serving 30 mothers and grandmothers. “The partnership with Mil Milagros underscores how universal and adaptable Parenting Journey is,” explains Ms. Peretz. “More profoundly, it demonstrates that human beings all over the world are more similar than different – something we need to pay exquisite attention to.” And similar to the positive feedback Parenting Journey continues to receive in the US, the program in Guatemala was no different. “There was not one thing the would change,” reports Margaret Blood about the groups that met in the Fall of 2016, “except they wanted to make the program longer than 12 weeks and some of them wished that rather than meet for two hours that it would meet for three hours.” The participants of Parenting Journey I at Mil Malagros also reported improved relationships and communications with their families and each other. “They felt like it was a life changing experience – that they were able to acquire their voices in a way that they never had before,” recalls Ms. Blood.

As with most programs launched in a new location, there are bound to be new discoveries and unanticipated consequences. “I would say that the first unexpected discovery was the impact on our staff,” recounts Ms. Blood, “So as much as we were bringing in a new program to build the capacities of our mothers, the program had a huge impact on our staff – on their own sense of competency and well-being.” At Mil Milagros, the staff were intentionally trained together in the Parenting Journey I curriculum, and Ms. Blood observed that it brought everyone closer together as a team. “It raised their awareness of the importance of supporting one another – not just in doing Parenting Journey but in all of their work.” She went on to say: “Organizations mirror family systems and so that’s what I see in my staff – that they’re thrilled to have developed these skills through Parenting Journey to bring to their own families, to their work with one another, and to the mothers that we work with. I think any for any organization that is building the capacity of women to be change agents – this is really an essential tool.”

Equipped with dedicated and qualified facilitators, Mil Milagros is now planning to expand the Parenting Journey I program to reach 60 more mothers in their early childhood program. To have an even larger impact beyond the organization’s capacity, they are also creating partnerships with locally elected mayors to jointly address the pressing needs around malnutrition, health and hygiene, and literacy. As part of this development, municipal employees will also be trained to facilitate Parenting Journey programs to extend the positive reach even further.

The Ripple Effect
The approach of Mil Milagros and that of Parenting Journey – to build capacity directly – has far reaching impact that continues beyond the scope of any given program. In the words of Margaret Blood “I think it’s really about building their capacity which is innate – they have it – but by providing them with access to information and safe spaces to try out some new roles, they can become those agents of change in their community.” Equipped with new skills, confidence, and support, there are no limits to what these women in Guatemala can accomplish.