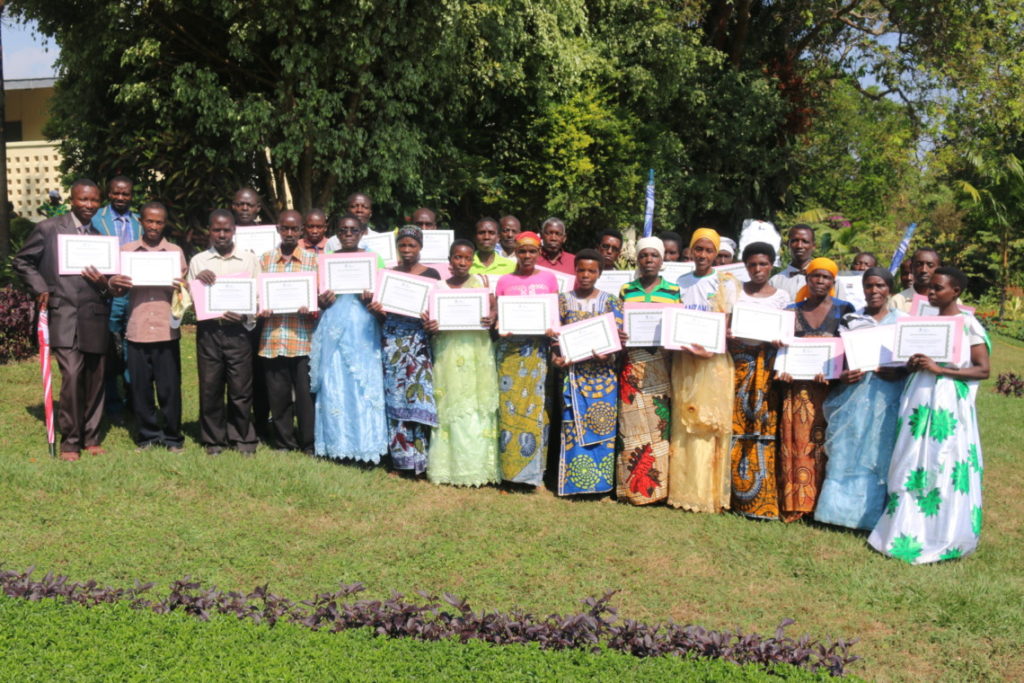 This is how Evelyne greets her husband when he gets home. It means “Welcome, dear” in Kirundi, the primary language of Burundi, a small East African country. Before participating in a parent program with Parenting Journey’s local partner, Village Health Works, Evelyne was “tough” toward her children and wasn’t on good terms with her husband. When her kids asked about the positive change in her behavior, “I told them that with this training, we acquire skills about good attitudes, communication, and dealing with anger,” she says. Now, instead of reacting with frustration, she invites her family into conversation.

The Difficult Journey of Burundian Parents

Evelyne lives in Kigutu, Burundi, an East African village that survived twelve years of civil war between the same ethnic groups involved in the Rwandan genocide. The community meets the challenges of rural poverty with creativity. In 2005, a local council committed to build a health clinic with bricks they made and transported themselves. The clinic became Village Health Works, a holistic community development center organized by Deogratias Niyizonkiza, now an award-winning global health leader.  The center reaches families in five main areas: health, education, agriculture, economic development, and community engagement. Their initiatives range from nutrition education and seed-sharing to parent-school partnerships and income-generating cooperatives for sewing, baking, weaving, soap-making, and raising livestock.

But Mr. Niyizonkiza and his partners wanted to do more. After the war, many Burundians exhibited signs of Post-Traumatic Stress Disorder. So in 2013, he invited his friend Anne Peretz, founder of Parenting Journey, to explore responses to community mental health problems in Kigutu.

When Anne visited the small East African town, she decided to begin by listening. The Village Health Works team gathered members of the community, and Anne asked the group what their greatest challenges were. Every woman who spoke told her that their biggest problem was domestic violence. The men said their biggest problem was that they did not know how to have a conversation. Anne invited anyone who had time to share more the next day. Five women committed. Ninety showed up.

Undaunted by the change of plans, Anne broke everyone up into small groups and asked each of them to share a story about her name. It’s a common Parenting Journey training strategy—the exercise helps groups get to know one another, build trust, and experience listening and being heard. At the end of two hours, groups were still talking. The Parenting Journey curriculum’s focus on self-care and building on a parent’s strengths seemed ideal for this community. Anne and local Village Health Works leaders adapted the curriculum for the largely illiterate community, focusing on concrete exercises that build self-awareness and relational skills. In Kigutu, fear and anger ruled families.  Parents felt “helpless” and described themselves as “quick to anger,” constantly fighting with spouses and kids. Parenting Journey’s parent program offered nonviolent responses to conflict, and strategies to limit it in the first place. 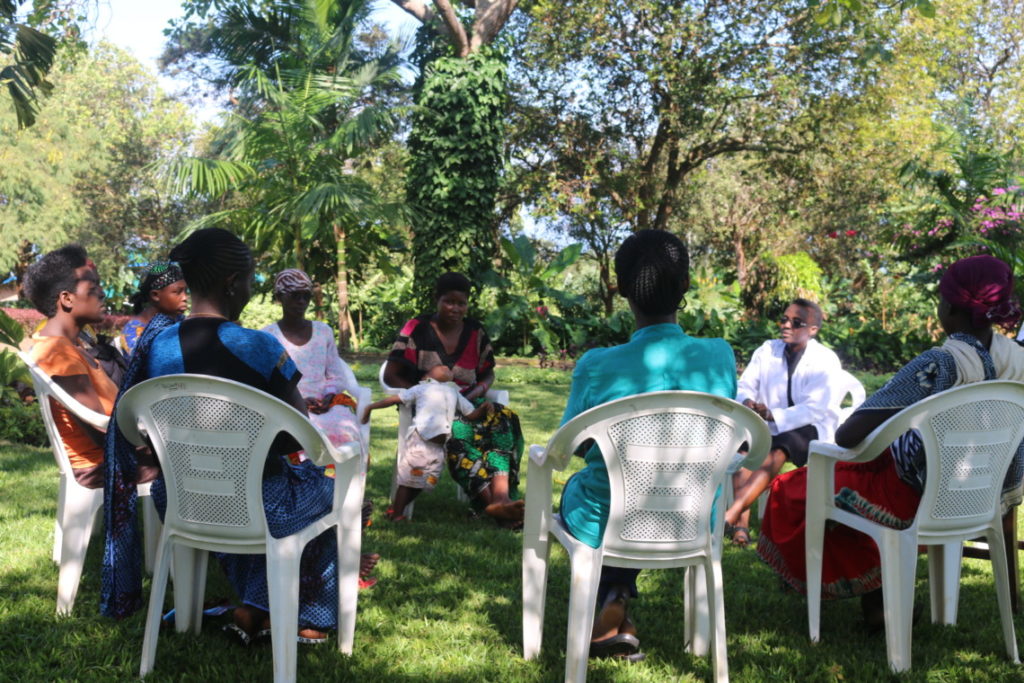 These strategies act as preventative responses to domestic violence and relational strain in Kigutu. In a community made up largely of displaced people who have experienced significant trauma during the region’s political and ethnic conflicts, Village Health Works uses the Parenting Journey curriculum to interrupt the cycle of trauma. A staff member states, “This program tends to break the transmission of trauma from generation to generation by showing another way of education based on recognizing the needs of children and involving fathers in the education of children and especially father-child communication.”

In the United States and in Kigutu, Parenting Journey focuses on responses that produce positive family interactions in place of escalating tension. One father describes new ways to address disagreement, built on communication and shared decision-making: “Before I was quarrelling with my wife and children were afraid and were crying too much. Now if there is any kind of misunderstanding between me and my wife, I take time to calm down, and then I call my wife and my children and we think together how we can manage the situation.”

“We are one family, and we work together.”

After graduation from Parenting Journey groups, parents report positive changes in their relationships with their children and with each other, particularly noting improved communication and more time spent together as a family. Ruth, a Kigutu mother, has started asking her kids about their schoolwork instead of asking why they’re not studying. They used to go right to bed after dinner, she says, but now the whole family talks together. “My children suggested that all parents should go for this kind of training,” she says with a grin.

Cassilde’s family raises animals for food and income, but animal care and decision-making had been sources of conflict for Cassilde and her husband. After the Parenting Journey program, Cassilde looked at the project as a shared responsibility. She took an active role in caring for the animals, and when her husband asked her opinion, they made a decision together to sell an older animal and buy a younger one. Now, “I see my husband as my friend and my partner.”

From fathers inviting their children to contribute solutions to family tension, to mothers engaging their children’s education, to parents deciding together what’s best for their household, Parenting Journey graduates in Kigutu are facing challenges not alone, but as a family. Their new sense of confidence and security has made graduates eager to share the message—many of the parents in Anne’s first discussion group have completed the Parenting Journey curriculum and returned to become facilitators. 224 community members have participated in groups, and fifteen are leading their own as trained facilitators.  “Parenting Journey has been very beneficial to my life and my wish is that the program could extend to all the country,” one parent says. “This is why I decided to give my contribution by leading other groups.” For many, leading groups is an extension of their positive experience as a participant. “Leading groups helped me to feel more confident as a woman with dignity who can lead others at the grassroots level,” one mother says.

On a later visit to Burundi, the growing group of Parenting Journey leaders and facilitators invited Anne to a meeting at which they would choose the program’s Kirundi name. They debated a long list of possible titles, but settled on Twiyugurure, or “Opening Up.” “Although I could not pronounce it, I felt it was the perfect name,” Anne writes. “Opening up is what frees people from hidden trauma, from fear, from isolation, from having to fight. It opens conversations seeking new pathways, to creativity, happiness, joy, appreciation, and risk taking. It assumes that people can change.”

A new group leader expressed this hope for her group, and for Kigutu:  “I hope that my group participants will experience a personal change, and will serve as examples in their community.”